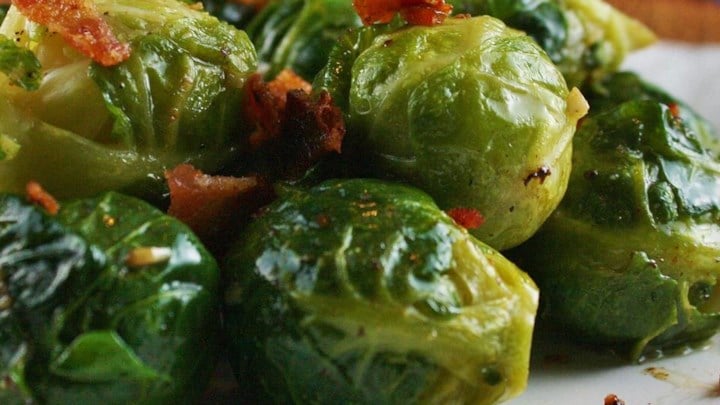 Picky eaters will often turn their nose up at certain vegetables. Unfortunately, nutritious brussels sprouts are often one of those vegetables that have the worse reputation. But you can change everyone’s mind with this Garlic Brussels Sprouts with Crispy Bacon recipe.