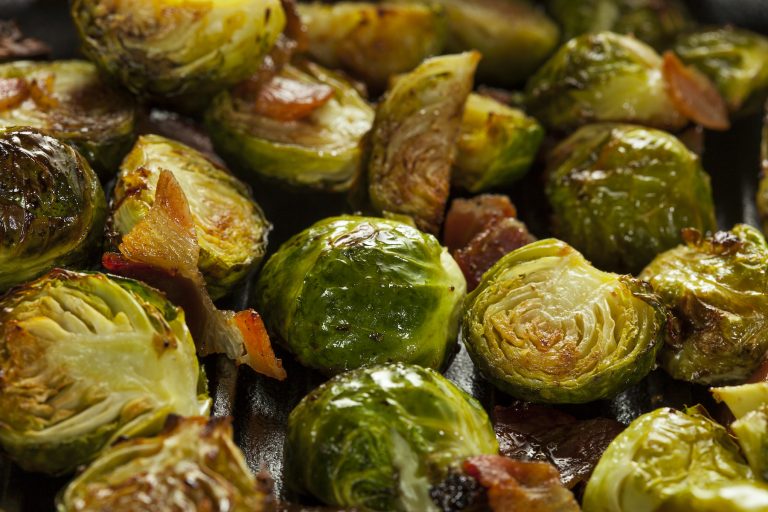 Brussels sprouts have been the victims of a smear campaign. Somehow they got a reputation as one of the worst vegetables on the planet. It’s so unfair! Brussels sprouts are delicious. They’re incredibly nutritious too. I’m not entirely sure what the source of their bad reputation is. Maybe it’s becuase most people are introduced to the frozen, boxed version of Brussels sprouts. Maybe it’s because the art of cooking these tasty little nutrition-packed bites was lost for a few decades in the twentieth century. Whatever the reason, if you think you hate Brussels sprouts, it’s time to give them another try.

Cleaning and trimming makes all the difference in the taste of a Brussels sprouts dish. When you first look at them, you’ll notice they look a lot like little heads of cabbage, and in some sense, that’s not far off — they’re from the same family of vegetables as cabbage.

You will need to trim the stems just a bit to take off any browned or dry area. Usually just a sliver taken off the end will do the trick, though you may need to cut a bit more. This may cause a few leaves to fall off, but that’s fine, you’ll generally need to pull off an outer leaf or two anyway. Peel off any loose leaves, any leaves with marks, and any leaves with brown or yellow discoloration. You want to reveal the bright white and green leaves below.

This recipe is very simple, and because of that it’s success rests largely on cooking technique. The good news is, the cooking technique is fairly simple and easy, and something even a beginning cook should be more than capable of turning out a great pan of Brussels sprouts.

The second tecnique tip is that you stir the sprouts at least once, if not twice while baking. This allows different sides of the sprouts to rest against the bottom of the pan and create that delicious browned flavor.

I like to serve Perfect Brussels Sprouts with roasted or grilled meats. For holidays and special occasions, I sometimes sprinkle with bacon pieces. 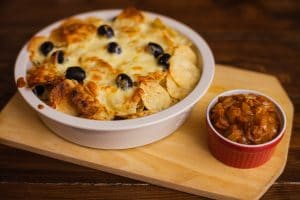 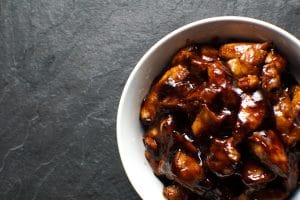 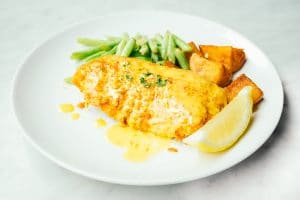 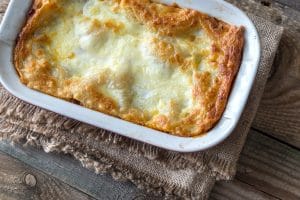 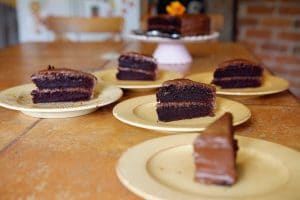 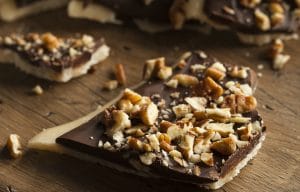 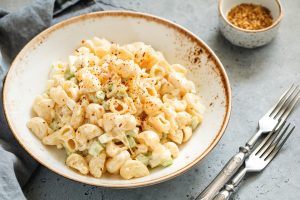 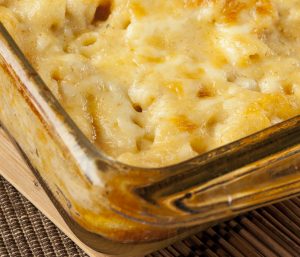 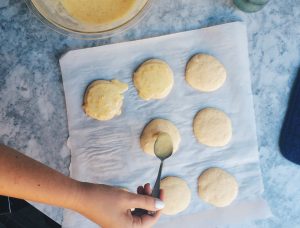