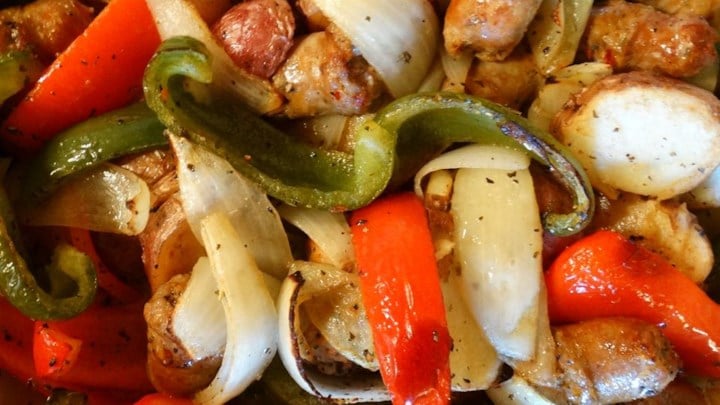 Anyone who’s ever enjoyed the magical combination of sausage and peppers will absolutely salivate for this Sausage, Peppers, Onions, and Potato Bake recipe. Earthy, meaty and rich, when you pull a tray of this recipe out of the oven, everyone will fly to the dinner table.